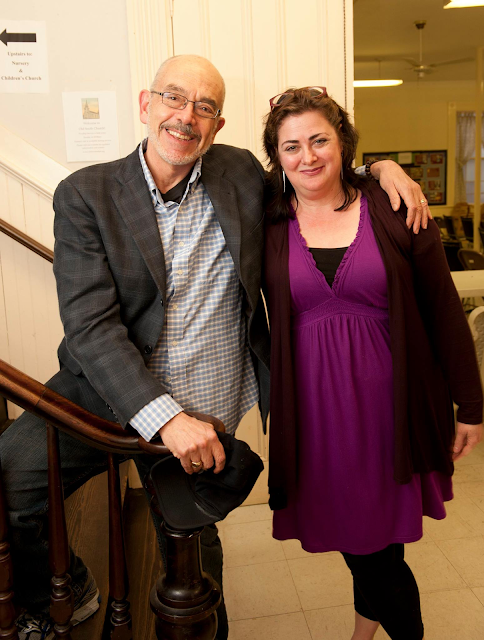 A few years ago I had the pleasure of interviewing Wally Lamb while he was in Newburyport, MA as a featured author for the town's wonderful literary festival. The picture above captures me looking vaguely strangled, and Wally looking just as warm, friendly, and relaxed as I remember him.

In case you aren't familiar with his work (though that's hard to imagine) Wally is the author of six New York Times bestsellers and two Oprah Book Club selections, including I Know This Much is True which was produced as an HBO miniseries featuring Mark Ruffalo. His books convey the complexity of human strength and frailty, and I've been an uber fan for years.

He's also just a super nice guy. And guess what?

HE ENDORSED MY DEBUT NOVEL!

Here's what he had to say:

"In Suzanne DeWitt Hall's The Language of Bodies, a grisly murder sets in motion a grieving wife's plan for retribution. What follows is a struggle for dominance between vengeance and virtue. The novel is a film noir between covers--dark, tense, and sexy. And hats off to DeWitt Hall for shining a light on the potential dangers faced daily by transgender individuals."

Finding words to describe my emotion is challenging. The path to getting a novel published is populated by many more lows than highs. But a high like this is something I'll hold on to for a long, long time. Probably forever.