Wrestling with the idea of mission

At least, I think I did.

I'm surprised I even saw the thing. It wasn't quite an inch long, and at this time of year, when the world glows with color, the neon green of its body isn't an unusual sight.

But there he was, a tiny streak of green atop brown, and I saw him move. One end floated up as if the force of gravity didn't exits in his miniature world, a moon worm who could levitate completely if he desired. One end floated up as if sniffing the air, and returned to the ground so that he could arch his back in classic inchworm style, locomoting toward a telephone pole.

Behind him was the road. Before and beside him was sidewalk bounded by fence. There was no grass for inchworm miles. The very dirt he stood on looked toxic. The corner sidewalk had been replaced a week or so ago, and all the adjacent dirt sprayed with a nasty gray-green coating. I imagine the gunk is supposed to turn into grass some day, but so far nothing is sprouting. The dirt looked crusted with a thin veneer of poisonous clay, except where it's been churned up by dog feet.

What was the worm going to do? Climb the telpehone pole? And what awaited him at the top?

If he stayed where he was, his vivid green would surely act like a blinking a sign for robins reading "Eat at Joes. My name is Joe."

If he moved to the left, he would be stomped on the sidewalk. If he traveled to the right he would be crushed by cars.

And so I broke off a piece of stick and dug it into the ground beneath him. When he felt the earth move, he thrashed around trying to escape, but then curled up and stayed completely still, playing dead. Hoping to be ignored.

I carried him away from the danger, riding on a clump of dirt, and placed him beneath a bush, concealed behind a spiky clump of grass. Charlie grazed for a few minutes on the blades while I watched to see if Joe would stop playing dead. But apparently the little guy didn't like the sound of chewing, and didn't feel safe, because he stayed where he was, curled in on himself and hoping for the best.

Perhaps what I did was wrong. Maybe the ecosystem will suffer from my white man's need to interfere. Maybe in my intrusion I starved a bird, or contributed to an inchworm overpoulation problem. Maybe I intervened on evolution, slowing down the process of developing inchworms who are better at seeking safety.

Maybe I should have focused on the larger problem of sidewalk construction and the destructive force of roads. Maybe I should have gone to city hall to change legislation related to urban development, which puts inchworms in danger to begin with.

Maybe I didn't save Joe at all. Maybe he'd escaped that morning from where I placed him, fleeing flesh-eating bacteria that consumed all his friends and neighbors. Or maybe going airborne gave him a heart attack and his stillness wasn't really an act.

All I know is that I was trying to do the right thing. Trying to give the little guy a chance. Trying to step in and help a creature who seemed helpless and blind to the danger all around him.

I don't think that's a bad thing. Is it? 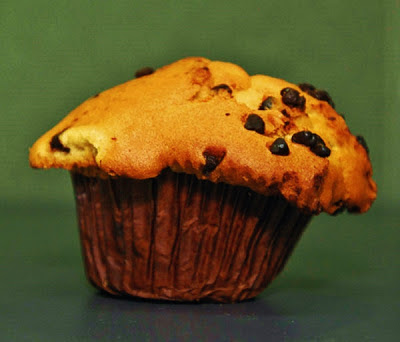 Today I am happy.

Because I'm wearing a new pair of jeans, that don't sprout mighty muffing tops from the waistband and didn't cost a fortune. They aren't quite as high-waisted as I'd like, but neither do they show off my undies if I bend over.

So I call that a win.

My threadbare standby's are headed for the trash.

And I am happy.