What Jesus Said No Longer Applies (from the Huffington Post) 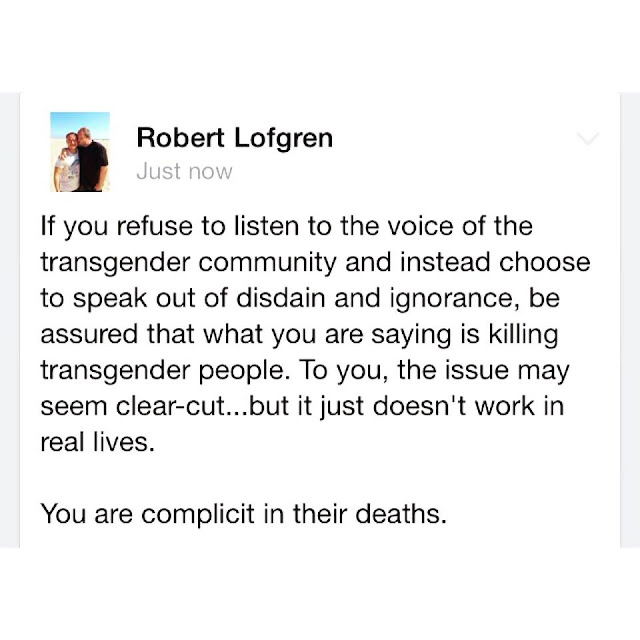 A while back I was called “a special kind of stupid” for sharing the screenshot above in response to a conservative evangelical Christian’s post about the Caitlyn Jenner hype.

In the same thread, another person said I was preaching “the Gospel according to Suzanne” because I suggested that when the Bible doesn’t speak of an issue (in this case, transgender individuals), we must always approach it with love.

Over the same time frame, my children’s picture book, Rumplepimple was launched. This tore open the wound that my relationship with my wife Diane has created with her beloved sister. Rumplepimple is a dog who’s family structure mirrors ours; he has a sister cat and two moms. Diane’s heart has been sick over...

Excerpted from the Huffington Post. Click here to read more.
Posted by Suzanne DeWitt Hall at 10:43 AM No comments: 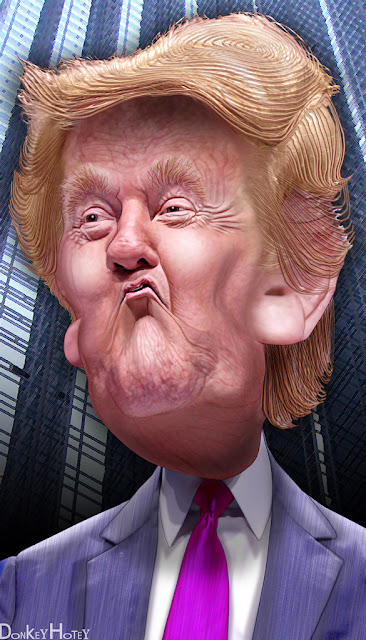 Yesterday I witnessed a five minute diatribe about why ‘Merica needs Donald Trump as president, from a soft-spoken elderly southern gent. I tried to listen with as open a mind as possible, but that didn’t last long.

The poor dude was essentially in mourning, saying that Trump can’t win the election because women (“wimmin”) control the vote. According to him, the only thing wimmin are concerned about is...

Excerpted from the Huffington Post. Click here to read more.
Posted by Suzanne DeWitt Hall at 10:39 AM No comments: 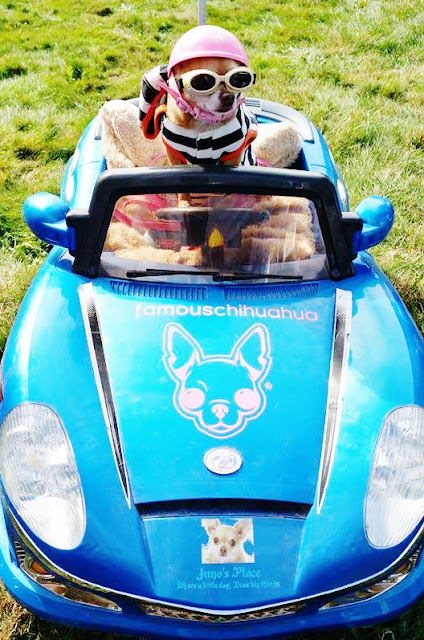 Tell us about Juno and the work you do together.

As far as Juno knows, she’s a little person, not a dog. During a visit to grandma in the hospital, I quickly realized that...

Excerpted from the Huffington Post. Click here to read more.
Posted by Suzanne DeWitt Hall at 10:37 AM No comments:

Author Holly Robinson on Her Latest Book: Chance Harbor (from the Huffington Post) 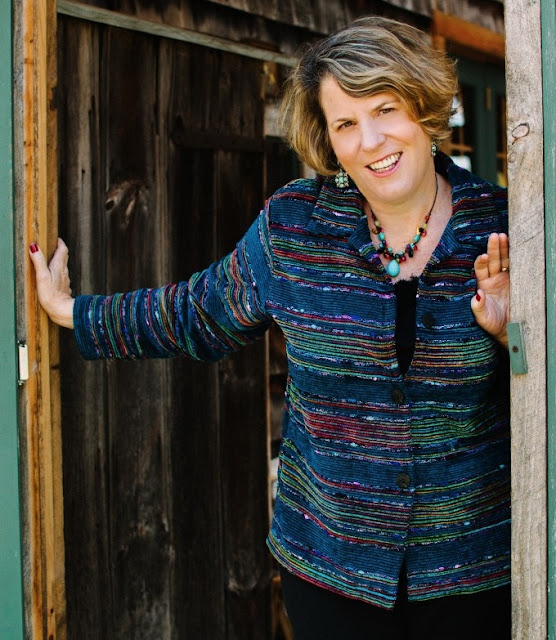 I live in Massachusetts, and I sometimes wonder what it is about the region that makes it such a fertile place for writers. The first year I lived here I went to dinner in my small town and was seated next to Andre Dubus III for crying out loud. I’ve been blessed to become friends with a number of local authors, such as the generous and wickedly funny Holly Robinson. Being a dog lover herself, she sweetly agreed to write a blurb for Rumplepimple‘s back cover. Holly’s latest book came out October 6, and she was kind enough to take a few minutes to talk with me about it.

Excerpted from the Huffington Post. Click here to read more.
Posted by Suzanne DeWitt Hall at 10:34 AM No comments:

What Makes ‘Traditional Marriage’ Traditional? (from the Huffington Post) 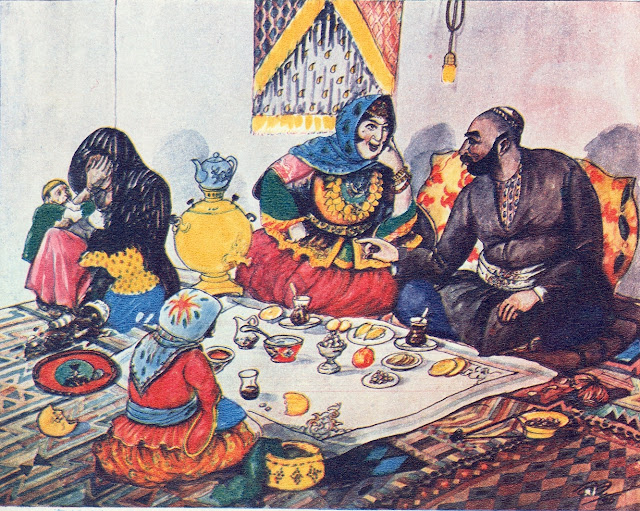 Given all the Kim Davis hoopla, I’ve been thinking about the phrase “traditional marriage,” and wondering how the concept of “traditional” is being applied. Normally the term is related to time and frequency of a practice. If something has been around a long time and repeated over and over again, it becomes a tradition.

And so I decided to look at the Christian “one man, one woman” argument, commonly known as “traditional marriage,” from this perspective. And oops! I immediately found that...

Excerpted from the Huffington Post. Click here to read more.
Posted by Suzanne DeWitt Hall at 10:31 AM No comments: 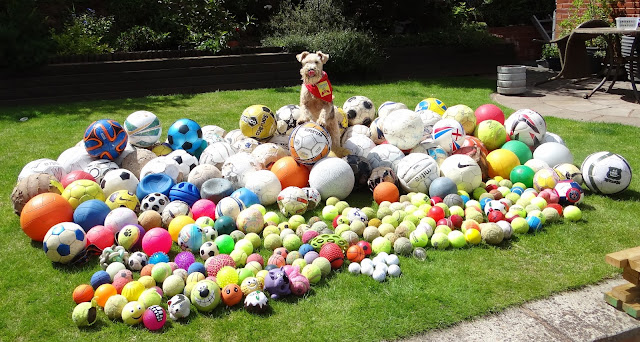 Sarah Bennett, Waffle’s mom, has grown used to the dog’s preternatural skill at finding abandoned balls, but last year a friend had a great idea. Fellow terrier mom Sally Grist suggested asking Waffle fans to donate £1 to Terrier SOS for every ball Waffle found in a single week. The contest resulted in an amazing worldwide response and the duo (plus canine companions) raised £4,575. This year Grist and Bennett put their heads together to come up with another way to help abused, abandoned, or neglected terriers, and Waffle and Barley’s Sponsored Treshur Hunt was born.

Excerpted from the Huffington Post. Click here to read more.
Posted by Suzanne DeWitt Hall at 10:29 AM No comments:

Will You Walk With Me? An Interview With Evangelical LGBT Supporter Kathy Baldock (from the Huffington Post) 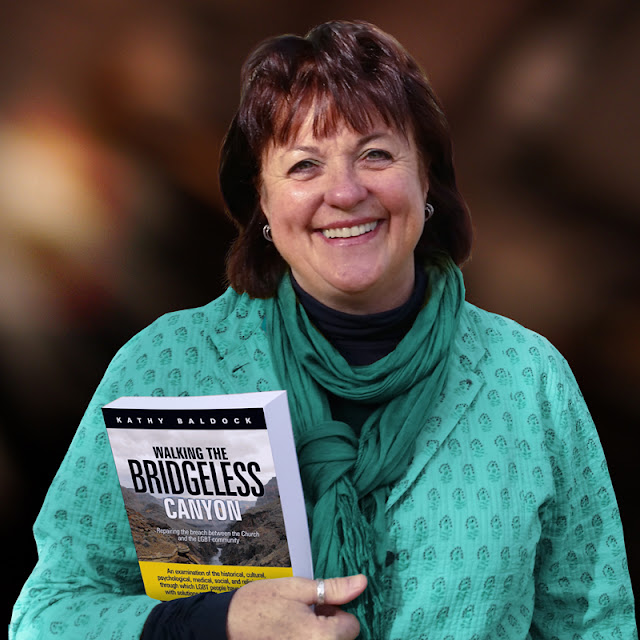 For several years, I’ve been collecting materials for a book which offers a Biblical defense of same sex relationships. As part of that process, my wife and I have met many interesting people, including Kathy Baldock, founder of Canyonwalker Connections and author of Walking the Bridgeless Canyon: Repairing the Breach between the Church and the LGBT Community.

We connected with Kathy recently in hope that she would review my children’s illustrated story book Rumplepimple, because it features two moms. I listened to Kathy on a radio interview, and found myself mesmerized by...

Excerpted from the Huffington Post. Click here to read more.
Posted by Suzanne DeWitt Hall at 10:25 AM No comments: