I'm just fininishing the book Lullabies for Little Criminals by Heather O'Neill, which I highly recommend. It reminds me a bit of White Oleander by Janet Fitch in subject matter. Both books follow a neglected and abused child through the process of survival.

Lullabies is more sophisticated, but less lyrical. It is wittily poignant whereas Oleander is dolorously beautiful and dripping with angst. Lullabies conveys the mystical depth of a child's visual imagination, whereas Oleander's beauty is more verbally poetic.

O'Neill has an amazing gift for story telling, creative turns of phrase, and depth of insight into the heart of a child.

Go out and get it. You won't be sorry.

Posted by Suzanne Marie DeWitt at 11:19 AM 3 comments:

The sadness of wrapping up a divorce and living within the aftermath has been like a bowl turned over my world. Light and sound and color are muted, energy and creativity sapped.

Writing and blogging have been set to the side for a short season, hence the quiet.

The hurricane passed yesterday, parting like the Red Sea in two swaths around us. Today the sun is shining and the air cool and breezy. Can a day feel like hope?
Posted by Suzanne Marie DeWitt at 11:01 AM No comments:

Do yourself a favor and read Yvette Edwards' A Cupboard Full of Coats.
You won't regret it.
Posted by Suzanne Marie DeWitt at 6:51 PM No comments:

I've been fumbling around for the past few days, fighting off some sort of weird summer bug. It's hard to get any work done when your mind is fuzzy and your head aching and generally feeling like your body has been exposed to toxic chemicals.

Strange how it hit just as I was falling into a good writing groove...

Feeling a bit better today and hoping for productivity.
Posted by Suzanne Marie DeWitt at 10:04 AM No comments:

Wake Me Up for the Finale 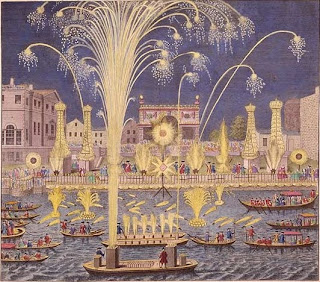 I went to watch the fireworks Thursday night, and came home melancholy.

The crowd was quiet. Too quiet. Disturbingly quiet.

I remember the fireworks of my childhood, growing up in various places around New York State. They were infrequent, much anticipated, and never observed in silence.

I remember the 4th of July "ring of fire" the year I lived on Conesus Lake. Everyone put flares on the shore of their property, and fireworks were launched from a raft in the middle of the lake. The reflection spread out over the water like a second set was being launched sub-marine.

I remember bottle rockets and more smuggled home from friends who traveled south, brought out by dark of night during camping trips. How exciting and dangerous it felt to be that close to them, the illicit scent of their smoke mixing with the campfire.

After high school, I remember a summer of tall ships in my new city's harbor, with a 4th of July sesquicentennial fireworks display that was bigger and more beautiful than anything I'd ever seen.

I remember the summer my 23 year old daughter was born. I was in labor as the Independence Day fireworks started downtown, and my husband urged me to climb on the picnic table in the back yard to try to see them.

When the kids were little, I remember getting in the boat at the cottage each Dominion Day and driving in to town at dusk. We would join the flotilla there with the engine off, floating and watching the Canadian fireworks with blasts of the airhorn and cheers from all sides.

After a while fireworks became a twice a year event, and I recall bundling up after a few cocktails and heading downtown on New Year's eve. The explosions of color and light were reflected in the glass of skyscrapers, and on the water of the river.

These pyrotechnic displays were major events in the calendar of the year, critical pieces in the secular liturgy of the seasons. We didn't take them lightly. If you missed one, you had to wait a whole year for another chance.

They were occasions for wonder. The beauty of the colors and shapes were not things we saw in everyday life. The scale and scope and sound of it all was a rare thing. And so we responded with awe. We would catch our breath when a chrysanthemum blossomed in the dark sky before our eyes. We would giggle as the high-pitched shriekers sailed out in trails of color. We would gasp and flinch when explosive reports percussed our ear drums.

I myself was a queen of the ooh and ahh. I loved participating in the excitement. I marveled with my family at each display. In the early days, my kids were similarly infected, chattering with me as a favorite shape or style or sound was fired into the night.

That's what fireworks are all about. Or used to be.

Something shifted a few years ago. Firework displays became weekly events in many towns throughout the summer. In my former city, there were fireworks after nearly every minor league baseball game plus a weekly pyrotechnic laser show on the river gorge. I'm not sure what brought about the change. Perhaps the price of fireworks dropped given the trade situation with China. Perhaps cities think spending this kind of cash will increase the tax base enough to justify the cost.

Maybe it even works. I don't know.

Coupled with the increased availability of fireworks displays is the extent to which our faculties are bombarded with sensory input. In the days of my childhood fireworks, movie theaters didn't have surround sound. Special effects were rudimentary. Televisions were small boxes that sat on a table or in a wall unit in the living room. Today they are the focal point of the house and take up entire walls of multiple rooms. Expensive sound systems add 3D audio to the mix so that you don't have to leave the house to feel your ear drums tremble as volcano's erupt, rock bands blare, or fans scream from the grand stand. Special effects and digital animation techniques have taught our eyes that fantastic shapes and colors and ornate patterns are no longer special. They have become mundane. Ordinary. Expected.

When you combine these two things; the frequency and availability of fireworks displays and the constant over stimulation of our senses, the result is ennui. We struggle to generate enthusiasm.

Now crowds of people gather to watch fireworks, hungry for wonder but unable to be impressed. That's what I experienced on a beautiful Thursday evening in my quaint seaside town. Families with children and old people on motor scooters, teenagers and lovers, middle aged fogies like me walking dogs, all gathered in hope of experiencing that old, lost magic. But once the fireworks started, the initial excitement turned into boredom. Quickly.

The worst part is that I was one of them. Partway through the show I began to yawn.

That made me sad. And it made me mad that something precious had been stolen when I wasn't paying attention. And sad that I had somehow cooperated in its loss. And mad that there's very little I can do about it now.

At least the town itself is trying. Unlike several beach towns to the north, mine chose not to have weekly fireworks throughout the summer, despite being a major tourist destination with deep pockets. It limited itself to a single celebration, culminating a week of old fashioned pleasures.

Maybe after I've been here a few years I will be able to watch like I did in the past, with oohs and ahhs instead of yawns.

I hope it's not too late.
Posted by Suzanne Marie DeWitt at 3:42 PM 3 comments:

I haven't done much journaling over the past year and a half. Though pain and mourning have been steady companions, I've tried not to entertain them for too long. I can't stop their inevitable visits throughout the day, but do try to usher them back out rather than hang around chatting.
DiDi has urged me to journal about it however. Multiple times. She said it will help me process the grief, and could be useful for my kids to read in later years.
I've resisted, thinking it will keep me in a place of pain more of the time, when I'm supposed to be focusing on all of the wonderful positives of this season of my life.
She's right of course.
I realized that my journal doesn't reflect what I've been going through. My posts in it have dwindled, usually just notes focusing on what happened at church. It tells little about my mind and heart and life. If my kids do want to understand this confusing phase later, say after my death, I won't have left much behind to help them.
And so I began yesterday.
I'll probably be at it for a while, just to catch up. Not to mention keeping pace with the issues that don't seem to stop as this divorce grinds slowly toward its finale.
It's not the type of writing that I want to do. But it is necessary.
Posted by Suzanne Marie DeWitt at 10:57 AM No comments:

The importance of review...

I'm in the final drafts of my second picture book. While not centering on Wampanoag history, the main character is an American Indian girl and details of Wampanoag life and culture are included in the text and artwork (once it has been created). Because of this, I've asked Manitonquat (aka Medicine Story), a Wampanoag author, medicine man, and story teller, to review the book. 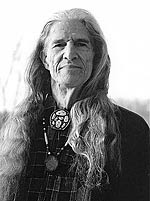 The book merges Wampanoag and Christian spirituality through the story of a girl who loves a beautiful cove on a New England shore, and becomes the keeper of it at the end of her life when she joins her ancestors. In the context of the story, it shows how Christian and American Indian views of creation, life after death, and other issues are perhaps not so very different.
Manitonquat is particularly suited for the task of review given his work promoting peace around the world. While my book is meant to be a story that will enchant and entertain children, its secondary goal is to reduce the distrust and superstition some Christians may feel toward forms of spirituality they don't understand.
Click here to see books in which Manitonquat has been featured or has written.
I've received some preliminary feedback so far, but nothing detailed. Looking forward to more...
Posted by Suzanne Marie DeWitt at 11:47 AM No comments: