Their creatine shake brings the boys to the yard 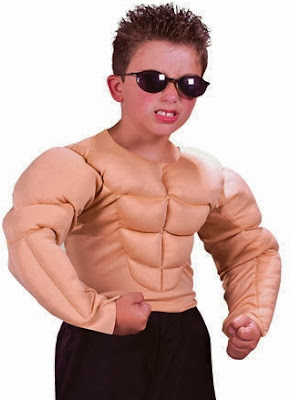 Today I realized that girls aren't the only ones with body image problems.

I stopped in GNC looking for something to prevent women of a certain age from spontaneously combusting or melting like a lump of lard on a cast iron griddle. The company stopped carrying my preferred mix of high-priced chemicals so I stood in front of the lady section, trying to figure out if any of the other products might keep the home fires at bay.

It took a few minutes, and I wasn't enjoying myself.

As I squinted at labels printed in microscript, three other customers asked for help from the young man behind the counter. He looked like he could be Carrot Top's younger brother, sporting a strawberry blonde bowl of shaggy hair rather than bright orange curls, and wearing a thin white tee shirt to showcase his muscles.

All three customers were also young males, teenagers I'd guess, so the customer service was spot on. Baby Carrot clearly knew where they were coming from, after all, he WAS one of them. They were there for help. They had to find the stuff to take to improve their workout results.

One of them cited a particular elixir that had been deemed "illegal" for his football team to use. He was there in search of a replacement.

Another wanted something to give him lots of energy so that he could work out harder and longer. Lil Carrot had just the thing, describing the goods and assuring him that it would blow his head off.

And then there was me, flaming my way to the counter to chat about menopause.

I really just wanted to run away screaming, and not solely because of the ridiculous prices. Instead, I forked over the denaro for my Evening Primrose Oil and slunk away worrying.

What the heck is happening with these young guys? Why the need for supplements? Why not just exercise for health and well being? How safe is all this junk? What might the effect be long term?

And another question: When did the whole body image thing cross the great gender divide? Wasn't it bad enough already? 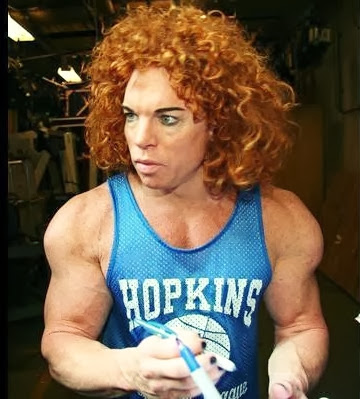 Posted by Suzanne Marie DeWitt at 5:41 PM No comments: