My brain on rehab

A dear reader from days gone by emailed me yesterday to make sure I was alive, given that I've not posted on any of my blogs for some time.

(Thanks for checking on me Ike.)

We've been rehabbing a house since mid-August. The deadline for moving out of our cozy little Newburyport haven ticks closer with increasingly deafening tocks. My days have been filled with driving, painting, sanding, spackling, hammering, measuring, planning, complaining, and rejoicing. I am perpetually tired and my body aches in weird places.

My brain hurts worst of all. The inability to spend time capturing the thoughts ringing in my head feels like the build up of a gigantic mental sneeze. If it blows, it'll look something like this: 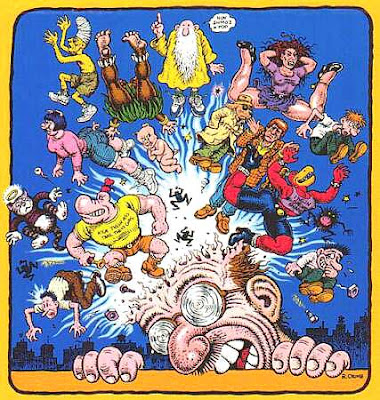 (Minus the bristly nose and mustache.)

Traditional wisdom says that I lack discipline, and that if I got up earlier, stayed up later, read less, and didn't spend time letting my brain congeal in the blue glow of a screen, I could get some writing done.

But the reality of deconstructing and constructing is mind numbing in a way I never imagined. The apartment is a shambles of half-packed boxes and listing piles of paper. The house is a construction zone with only days left before we move in. I'm logy from too much takeout food. My eyes are bleary from sheetrock dust and cost calculations.

By the time I sit down in front of a keyboard with an inkling of an idea to capture, the vacuous call of Facebook proves irresistible, and 10 minutes later the idea is gone, or I'm no longer able to form a cogent sentence.

Which explains this spiritless and prosaic post. But doesn't excuse it.

Hopefully I'll do better in a month.