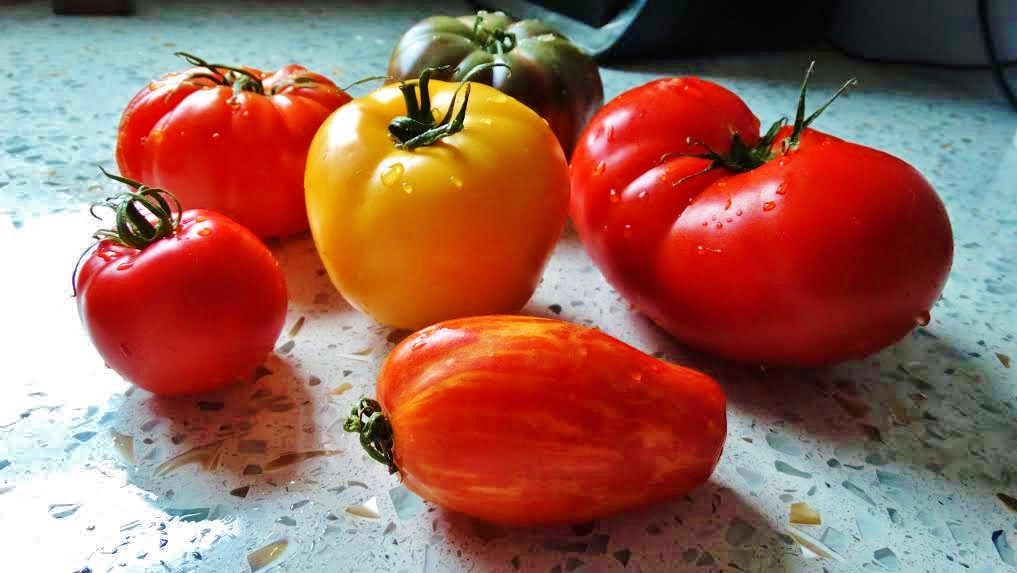 I chanced upon Barbara Kingsolver's Animal, Vegetable, Miracle: A Year of Food Life at the library the other day. Reading it feels like kismet, a cosmic bringing together of eras and actions and people in my life.

I lived in a variety of houses while growing up, but my favorite rested on a largish patch of land in a small town. The previous family owned it for decades and used the land well. When we moved in there was a sizeable strawberry patch, a thriving grape arbor, several apple trees, a plum tree, and tilled rectangles where vegetables had obviously been planted. One side of the house was a bramble of raspberry canes, and a quince bush burst into coral song each spring. Two elderly sisters left behind a cellar full of ancient canned fruits, dusty, and dangerous, and compelling.

For a short while we lived in a cabin in the woods. My father brought home shot-riddled squirrel and wild turkey, and showed us where the hickory nuts fell, and what wintergreen looks like on a forest floor. My mother made the best of a limited kitchen and baked cakes in an electric frying pan using berries we foraged.

So it feels like a circle to be here in this place, trying to build up the land so that it produces things we can eat.

Our first attempt was strawberries, which miraculously have continuously blossomed and produced fruit since the spring. The harvest is small; one or two berries at a time. Many are missing a chunk, presumably consumed as part of a chipmunk's breakfast. Others are poxed or sundried. But it gives me joy to poke through the leaves and see how many berries are forming and ripening.

We purchased a single tomato plant that produced 17 tomatoes and is now turning yellow in proclamation that it's work is done. Some of the last tomatoes are splitting. I don't know what causes that.

I rescued a scrappy wild black-raspberry runner from the edge of my neighbor's yard, just a day before he whacked everything in the region down. I planted it against the back fence where it can lean and spread and, hopefully, produce fruit in future years. It seems to be doing well.

I want to get a Mulberry tree to plant on the far end of the property. I hear they grow quickly and the berries are luscious and plentiful.

I've been trying to figure out how to compost without investing in a big ugly object.

I dream of having a few yard birds to keep us in eggs.


During her latter years in high school, my daughter educated herself about the economics and ethics of food (particularly animal-based foods) and became a vegetarian. I respected her efforts, but didn't think a whole lot about it other than to admire the ferocious zeal of the young. My stepdaughter went through a similar phase, urging us to bypass holiday turkeys that are too heavy to stand on their own legs, and too stupid to have sex.

Enter Kingsolver's book: a memoir of a year lived eating only what her family could grow or purchase from local farmers. It's an education in food economics and megacorp consumption control. Things my daughter tried to talk about nearly a decade ago. The chapter I read this morning describes a new batch of fluffy, goofy turkey chicks, and explains that they will grow less endearing but more tasty as time passes.

I'm reading it at a time when our favorite local grocery chain is essentially out of business due to internal politics, forcing us to check out alternate purveyors. We were strong-armed into stopping at the farm market around the corner from our house, and man are we grateful. We drive by and see corn at knee and hip and shoulder height, planted in waves so that we'll have the sweetest of kernels right up until fall. They offer 20 kinds of tomatoes, heirloom and non, all selling for the same price. The produce is labeled to indicate what they grew themselves, and where it came from if they didn't grow it. The cost is probably higher than at the grocery store, but the flavors are remarkable and we have the satisfaction of knowing that our money goes to the sisters who's smiling blue eyes and wide Slavic cheekbones greet us at each visit.

I don't expect to ever be a farm wife. I like puttering in the dirt, but I don't like sweating. I like saving money, but I am self-indulgent. I want to get a chicken coop and a compost bin, but am worried about the work both would take. But I'm a person who looks for interconnectedness. And reading Kingsolver's story feels like a giant CLICK.

I'll have to take things one step at a time. One strawberry plant, one purchase of heirloom tomatoes, one decision about a Thanksgiving turkey. I'm going to try to find local eggs that cost less than $4.00 a dozen. I'm hoping to snag a bread maker from Freecycle. And I sent a note to a friend who just happens to have a mulberry tree on the grounds of her family property. Maybe she'll let me dig up a runner.

I'm too weak and floppy to do as Kingsolver did. But I'm grateful that her words bring together places and tastes and people I love. And I'm going to try to listen to them all.
Posted by Suzanne Marie DeWitt at 7:25 PM