An arctic blast from the past 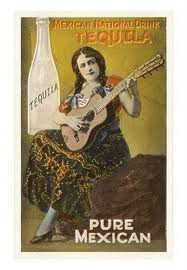 I just had a weird encounter with my past.

Charlie and I were on our usual morning circuit. At the halfway point I noticed a man shambling toward us. He wore knee-length khaki shorts and a green tee shirt. The shorts were ragged on the bottom and speckled with paint, the tee shirt was color-leached and thin. He was solidly built and not very tall, and his light brown hair was cropped closely to his head.

A variety of scrapes were healing on his face. Scarlet slashes ran across his nose, and scabs crusted over on his forehead and one cheekbone. The older wounds looked like they might have been brush burns. There were other gashes, but I didn't want to stare. He would have noticed my eyes darting from laceration to laceration as we talked.

He said "This probably sounds strange but do you know if there's a dead end street near here?"

I began to answer, but he was still talking.

"Because I'm kind of at a dead end." He said with a lift of his eyebrows, a tipped shoulder, and a shaking of his head.

There is in fact a dead end nearby, and I tried to explain it. But his story needed telling.

"I'm trying to find something. I woke up without my wallet. And my job probably."

"Yeah. But I know there's a street that just comes to an end somewhere around here."

I started to tell him where it was again.

"I woke up without my keys or my wallet or my job." He repeats. "No phone. I don't really know what I'm going to do."

Me: "I have a cellphone. Is there anyone I can call for you?"

He starts to turn back the way he came, following my directions.

"I'll pray for you!" I call out in a weird, cheerful tone.

Charlie and I finished our walk, confident that my keys are in the basket atop the mantle at home, and my wallet in my purse. I wondered if I should have walked him to the dead end because my instructions had been so lame. The clamor of danger bells had quieted, but it still didn't seem like a good idea.

The whole event was an encounter with the past.

Years ago I was in a relationship with a man who had a drinking problem. He was a daily drinker, but every few months he'd come up with some mandatory work outing or guys-only function and I'd end up waiting at home wondering when he'd make an appearance. Sometimes it was still dark when he arrived, other times the sun would be up.

After one of these nights he weaved home shortly before dawn, and was snoring off his toxicity. Around mid-morning the doorbell rang. I was busy pacing around the house, steaming and waiting for him to be lucid enough to comprehend the rage I planned to unleash.

We lived in a bad neighborhood at the time. The kind of place where toddlers waddle down sidewalks at midnight and the sounds of fighting in the street wakes you at 3:00AM.

On this particular morning I went to the door and peered out so that I could decide whether or not to answer. A middle aged black man stood on the step. I didn't recognize him, but he didn't look scary so I opened the door. He smiled and held out a wallet, which he said he'd found in an even worse neighborhood than the one I lived in. He'd checked the license and brought it over. He was very nice.

It was my man's wallet, of course.

I got the story of his adventures later in the day, during his short "remorse" phase. Or I got -a- story. At that level of drunkenness it's hard to know how much he actually remembered, and how much of what he remembered he was willing to divulge. The story went like this. He and his buddies were doing shots of Tequila, which he claimed had a bad effect on him.

As a result of the Tequila, he got into a fight with one of his superiors from work. He said something about wrestling around on an asphalt parking lot. That explained the brush burn across his nose.

Given where we lived, and that we were young, you might assume that he was a redneck, and ran in crowds where this sort of thing was common. If so, you'd be wrong. He worked for an investment firm.

Through a cloud of dehydration and poison he worried about losing his job. Just like the guy on the street this morning did.

Here's how I imagine last night went, here in lovely Newburyport. The man gets drunk and goes home with a friend to continue partying or to crash. Things get ugly. There is a tussle. Drunk guy makes his way to his car and tries to leave, but his friend has taken his keys. He falls asleep in the car, which must be a few blocks away. When he wakes up, he can't find his keys to go home, he doesn't remember where the house is other than having a hazy memory of a dead end street, and he has no idea what happened to his wallet.

And somehow, a boss or coworker is involved.

It's a cold, dark blast from the past.

Back then I wasn't a pray-er, and all my worry and anger and fear and resentment were channeled straight out of my mouth and directed at his head. A volley of sound and rage. If it were to happen now, I would have better mechanisms for managing. I would also recognize the futility and unkindness in demanding change from someone who is not able to do so.

This morning's encounter gave me a chance to go back and pray for that man, years ago, for all the healing he needed and may still need. To pray for this morning's man, trying to return to a location of shame while his head bangs and spins. To pray for all the men and women caught in cycles of addiction and deception, and for the people who love them and don't know what to do.

May it be the bottom out of which you begin to crawl toward the light.

Posted by Suzanne Marie DeWitt at 11:09 AM